Meet your newest favorite duet – Hasting & Co.! Composed of Kate Hastings and Josh Beale, this dynamic duo met several years ago in a writers round and have been writing great songs ever since and even opening for national acts. They recently released their single, “Brunch Drunk”, and the video premiered exclusively with CMT and is still trending. “I Want To SPF You” is also a new release with the video streaming on YouTube. They released their new song, DIP, on Friday Oct. 22.

According to their website:
Midwest church pew, and farm-raised, together--Kate Hasting and Josh Beale are Hasting and Co. Kate and Josh each moved to Nashville to pursue careers in songwriting—Kate from Ohio, Josh from Wisconsin. The duo met one night after Kate spotted Josh playing at a bar in Nashville. “I was immediately blown away by his guitar playing and harmonies. As you do, I looked him up on social media, laughs Kate. I had built a large following in Ohio and was touring everywhere as a solo artist. When we met up, I asked him if he’d be interested in joining my band, and at first, he was hesitant.” “I was hell-bent on being a songwriter...I wasn’t sure I wanted to be in a band and I definitely didn’t want to be an artist,” Josh sighs. “One of the things I’ve come to admire about Kate is her persistence and work ethic. She eventually persuaded me to give it a try.”

The two began playing and writing daily, and the chemistry was immediate. With shared influences from artists such as Big and Rich, Brad Paisley, Hardy and so many more, they found themselves drawn to songs that painted three-minute pictures of how and where they grew up. Both shared a passion for farming, 4-H, 90’s Country, and small-town raising. While their well-crafted song lyrics pay homage to the storytelling that built country music, they’re unafraid to write about topics that other artists might not touch. (IE their CMT trending song, “Brunch Drunk”). Even crafting a crowd-fave, called “Canadian Tuxedo” where the duo talks about their desire to find a mate that wears that distinctive denim on denim attire.

The musical chemistry was immediate, but the creative process to find their unique sound has taken years to truly discover. “At times, I think there’s been more conceptualization than pen to paper,” says Hasting. “I think we both knew what we wanted to sound like before we knew how to make that sound.” Adds Beale, “The entire journey has been a process of honing our sound to make the music match the vision.” “I watched the audience I had built fall in love with Josh and our songs...It became very clear that the project was just as much his as it was mine,” says Kate. Ultimately, friend and publicist Elise Anderson succeeded in convincing them to become a duo and began helping Kate and Josh build their brand: Kate and Josh decided to return to their roots wearing denim, overalls, and cut-off t-shirts. The inspiration for the name Hasting and Co. would come from an old seed bag hanging in the barn at Kate’s family farm. The pair kept Kate’s last name in hopes it would ring familiar while booking the new project—and the combination worked!

In what would later shape the duo’s song choices, tragedy struck both of their families, and they both lost their fathers within a few months of each other. “Living through that together only made us stronger,” says Kate. “However, we found it hard to play some of the more serious songs in our catalog. As a means to survival, we started playing songs like ‘Brunch Drunk’ and ‘SPF U’ and that’s when everything changed.” The duo stood in awe at the fan reaction to the tongue-in-cheek songs. Josh recalls, “We used to get asked about SPF U wherever we went and people would beg us to release Brunch Drunk. This business is about the fans and it felt awesome to have our songs make them feel that good”. “We realized it was time to release those songs and in fact, we wanted a million more of those types of songs,” notes Kate.

Grief took its toll as it does for anyone, but Kate and Josh used their shared experience to motivate them and move them forward—honoring their dads—who had been huge supporters of their careers. In a few short years, the band has been named CMA Emerging Artists, SESAC Artists of the Month, played more than 500 live shows—opening for the likes of Jake Owen, Gretchen Wilson, Kellie Pickler, Parmalee, Colt Ford, Little Big Town, Craig Morgan, and more. Just this year Hasting & Co. received their first major label cuts with Universal Record recording artist, Priscilla Block. “We take pride in being able to throw a party from the stage. I’d say we are somewhere between Granger Smith and Earl Dibbles, Jr. when we play live,” says Beale. “We aren’t afraid to get wild, but we also know there’s a time and a place for the more serious songs we’ve written”. “What a journey it’s been, laughs Kate. We try to take the crowd on that journey with us”. 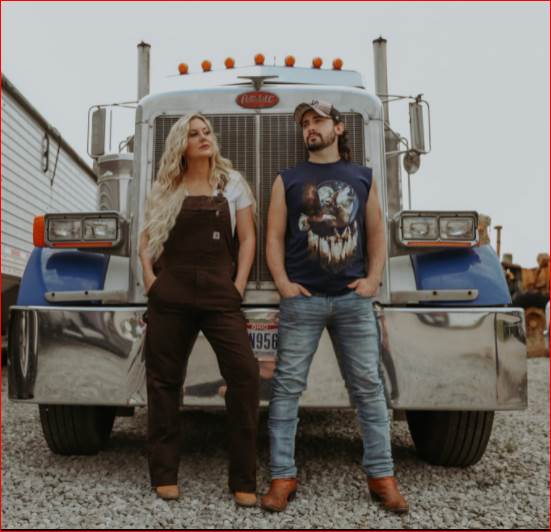 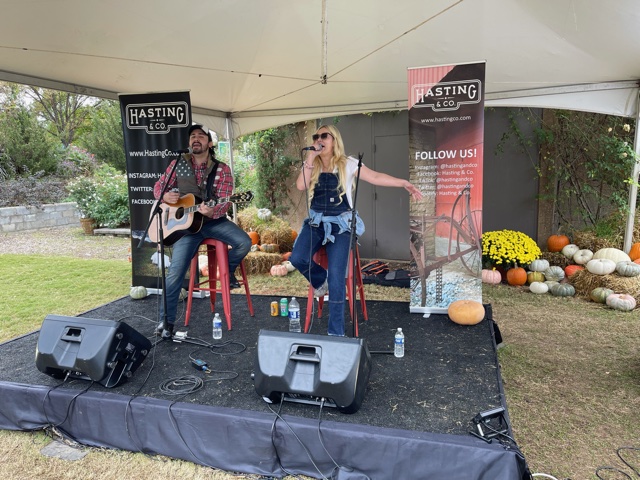